Tips On How To Make A Dog Throw Up Safely 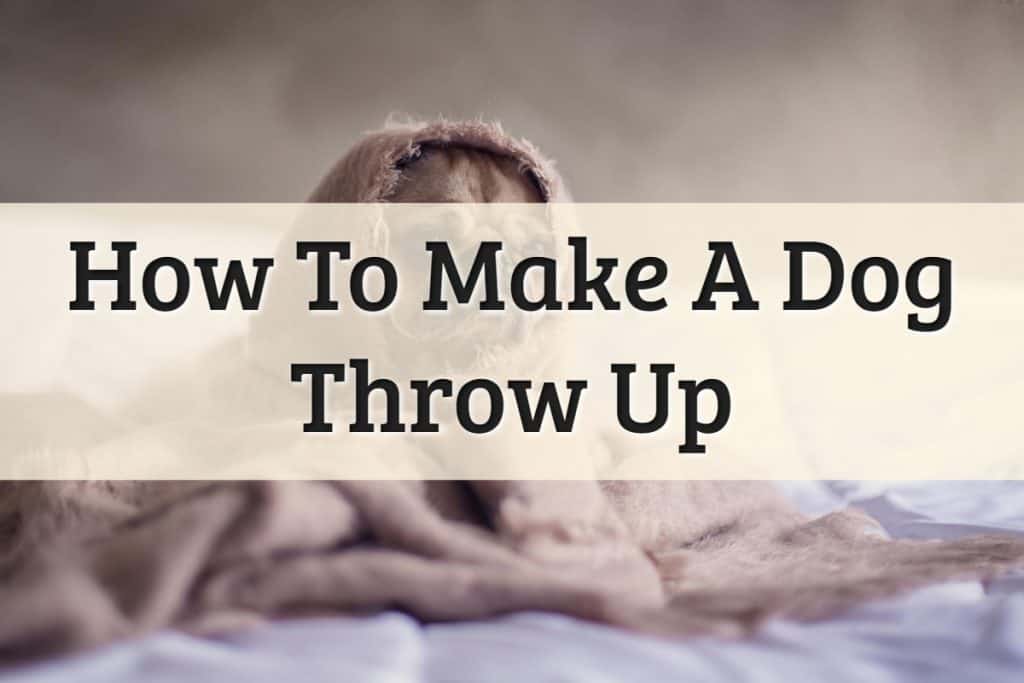 Inducing vomiting is one of the ways to remove a harmful substance off a dog’s anatomy. Various dog breeds can simply eat all things in their surroundings. Without a measure about whether these are safe or not, many of these substances can make them sick for hours.

These products include insecticides, fertilizers, pesticides, pet medication, human medication, weed killers, and more. Read more below on how to make a dog throw up.

They also include toxic food like chocolates and grapes and poisonous plants. To induce vomiting is what most pet owners would do. Always keep in mind to discuss with your dog’s veterinarian since they provide specific instructions on how to induce vomiting. It’s never an easy job to make your dog vomit so read below to learn how to make your dog vomit the right way.

When To Make A Dog Throw Up

Medical teams advise that you should learn how to make a dog throw up when the substance they ingested or swallowed something contains poisonous elements or the food source ingested is considered prohibited – for example, if they consumed grapes a few hours ago this is looked at as pet poison. You can also call the animal poison control center or the pet poison helpline for assistance.

Pet owners may also do this if their dog is not showing signs and symptoms of being poisoned or what is known to be asymptomatic. Then, if your pet took in antifreeze in the last two hours, you should definitely induce vomiting. You may also do this if the dog is generally healthy and not at risk of inhaling vomit into his respiratory system.

In other words, making inducing vomit a habit is a must. This includes not having any medical issues such as a failing trachea, laryngeal paralysis, abnormal airways, and more. Inducing vomiting is something you need to be careful with if you are trying to learn how to make a dog throw up the right way.

If your dog does not fall under the brachycephalic breeds, then it is recommended to make the pets throw up. Brachycephalic dog breeds include Pugs, Pekingese, English bulldogs, Shih-Tzus, and more.

Use around three percent hydrogen peroxide since this is so far the only safe and recommended household product to help induce vomiting among these animals. It’s not easy to make a dog vomit especially depending on their body weight and size.

When Not Make Your Dog Throw Up

For obvious reasons, if your dog is already throwing up from pet poison or something else, do not induce vomiting any further. Scientifically, this will cause a worsened vomition response or too much of the small elements in the intestines coming out. You only want to induce vomiting if you are sure it’s what is needed.

Any signs of them turning very weak, have trouble standing up, or even losing consciousness, then it’s also a sign that you should bring them to see a veterinarian. Since there is a possibility that your pet dog might inhale vomit into its lungs – causing aspiration pneumonia.

Additionally, do not induce vomiting if your pet has ingested the following:

Hydrocarbons and petroleum distillates include kerosene, motor oil, gasoline, etc. If these oils are accidentally inhaled into the lungs while vomiting, they may cause severe aspiration pneumonia.

Corrosive chemicals include lime removal products, drain cleaners, batteries, and oven cleaners. These, on the other hand, cause damage to their esophagus if you further induce vomiting. Cleaning products like bleach and drain cleaners cause burning when ingested and more secondary burns. Thus, you should refrain from inducing vomiting any further.

Medical experts also suggest if it has already been more than two hours since the pet dog ingested these harmful substances, even if you induce vomiting, you cannot clear the stomach of these substances.

Rather, it becomes a double-whammy. It is never recommended to encourage vomiting with these chemicals taking over their bodies. This is why it’s important to learn the correct steps in how to make a dog throw up the right way.

Tips On How To Induce Vomiting In Dogs

While inducing vomiting in dogs yourself, it is essential to take note not to use salt or ipecac to induce vomiting. Ipecac syrups were good sources before, but the latest research found out they can linger in their stomachs and cause irritation.

Too much of the salt, on the other hand, can also cause harm upon your pets dependent on body weight. Learning how to make a dog throw up can be a challenge when inducing so read below to learn more.

Compared to pet owners, veterinarians have access to a line of medications or even some human medications designed to induce vomiting and absorption of toxins precisely.

They may prescribe activated charcoal, which works to combine with the poison ingested and avoid further intake, and could diagnose if further treatment is required. They also have the right rubber gloves to wear when the use of iv fluids is needed.

3 Hydrogen peroxide, with the chemical formula H2O2, is a chemical compound that has water and hydrogen. Physically, it is a clear substance that is mostly used as antiseptic for various purposes. Three percent of hydrogen peroxide is for household use, around 10 percent for hair bleaching, 35 percent for food-grade, and approximately 90 percent for industrial.

For inducing dog throw up, hydrogen peroxide has countless benefits. The compound is generally considered safe to use for dogs who have ingested poisonous chemicals. You have to take note that precise dosage is recommended for proper treatment.

Hydrogen peroxide is an emetic or a substance that can effectively induce vomiting. However, hydrogen peroxide emesis is only recommended if your pet dogs ingested corrosive substances like chocolates, xylitol, or rat poison. If your dogs are disoriented visually, avoid using this because they might inhale it.

How Much Hydrogen Peroxide Should I Give My Dog?

Dog owners should give their dog the three percent formulation of hydrogen peroxide from the pharmacy. Avoid using the concentrated variant, which is generally stronger and used in hair color.

The rule of thumb is at 1 teaspoon or five milliliters of hydrogen peroxide per each 10 pounds of your dog’s body weight. If the dog does not vomit, repeat the process within 10 minutes. This will hopefully help against inducing vomiting and give your dog the option to do it themselves.

Make them ingest the 3 hydrogen peroxide orally; perhaps you can blend with vanilla-flavored ice cream to balance out the taste. Fun fact, ice cream also has hidden hydrogen peroxide in its sugary ingredients. Or, you can mix the compound with honey.

What Happens After I Administer Hydrogen Peroxide In My Dog?

After administering hydrogen peroxide in your dog, it will work as an irritant for their gastrointestinal tracts, inducing vomiting of elements in their stomach within 15 minutes after first use. Watch out for the need to give a second dose if there’s no vomiting occurs. Wait for another 15 minutes and give the third dose.

Afterward, make sure to call the veterinarian, in case you missed something when learning how to make a dog throw up the right way. As pet parents, you must also walk your dogs after giving them hydrogen peroxide.

What To Do During and After My Dog Vomits

If your dog naturally vomits, this may be an excellent sign because their body can differentiate the harmful elements they intake naturally, and can release the chemicals they have ingested without any external aid.

However, you must examine the substance they have thrown out to see if the vomit contains food, mostly mucus or bile, or if the vomit contains water, foam, or blood. There are instances when you can find inedible entities like pieces of toys and fabric since they can roam around places if not under your supervision.

Keep these, especially the inedible ones, since your veterinarian can use them to diagnose during the treatment. Take down notes and record your observations each time your dog vomits or each time you induce vomiting. If you see signs of diarrhea and other health problems, take notes of these too especially if they swallowed something.

After your dog vomits, withdraw the food for now and let him or her rest. If he usually acts, keep the meal going but after around six to 12 hours. Check if there are signs of shock in your pet dogs, including weakness, collapse, or pale skin and gums. Let them lie down and place a blanket over them.

You must also be able to clean the dog fur with the vomit leftovers and dirt with a warm, wet cloth. Retching is a sign that will trigger another vomiting. Call your veterinarian, determine the causes of vomiting, and watch out for emergencies.

How To Identify The Types Of Dog Vomit By Color

Although it’s ideal to induce vomiting only in the presence of your veterinarian, it is also impossible to do this all the time considering the doctor’s schedule and the frequency of the vomiting.

Take note of life-threatening situations during or after vomiting, and call your veterinarian or the pet poison helpline to inform on signs of bloating, dehydration, and retching.

Should I Keep My Dog’s Vomit?

Keeping your dog’s vomit varies on the situation given. If the vomit contains inedible materials such as toys and pieces of fabric, keep them as your veterinarian can use them for diagnosis treatment. Otherwise, you may throw the vomit away.

Aside from hydrogen peroxide, there are precautionary treatments you can do while waiting for veterinary care.

What causes a dog to throw up?

A dog throws up because they want to expel something they shouldn’t have had in their stomachs. In other cases, vomiting can also signal a serious health condition. These include gastroenteritis, inflammatory bowel disease, liver illness, diabetes mellitus, and more.

Can hydrogen peroxide hurt a dog?

How long will my dog vomit after hydrogen peroxide?

Your dog should vomit within 15 minutes after taking hydrogen peroxide.

What can I give my dog to settle his stomach?

You can give your dog the following to settle their stomach:

The partnership between you as the pet owner and your dog’s veterinarian is what rises as the most crucial factor in how to make your dog throw up. Vomiting is such a natural body process that should be guided with the right compounds, since too much may also be bad for their health.

The most crucial precautionary measure you can do is always to monitor them, what spaces they stay into, which places they visit, and what food they eat. This will help you decide if you need to induce vomiting or if you need to learn another way on how to make your dog throw up. 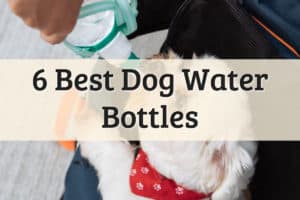 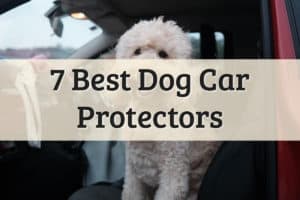 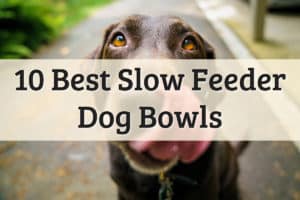 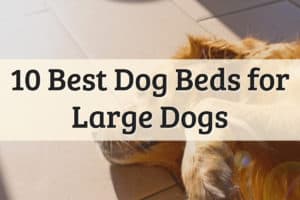 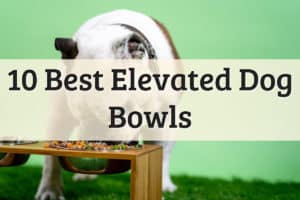 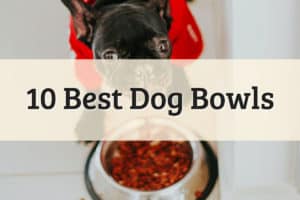 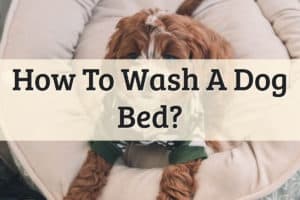 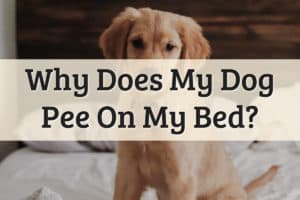 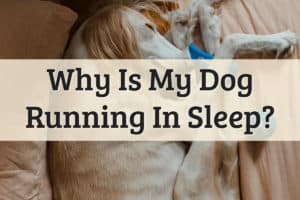 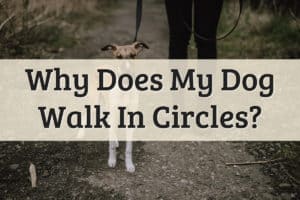 Why Does My Dog Walk In Circles?