Tips On How You Can Get Rid Of Dog Hiccups 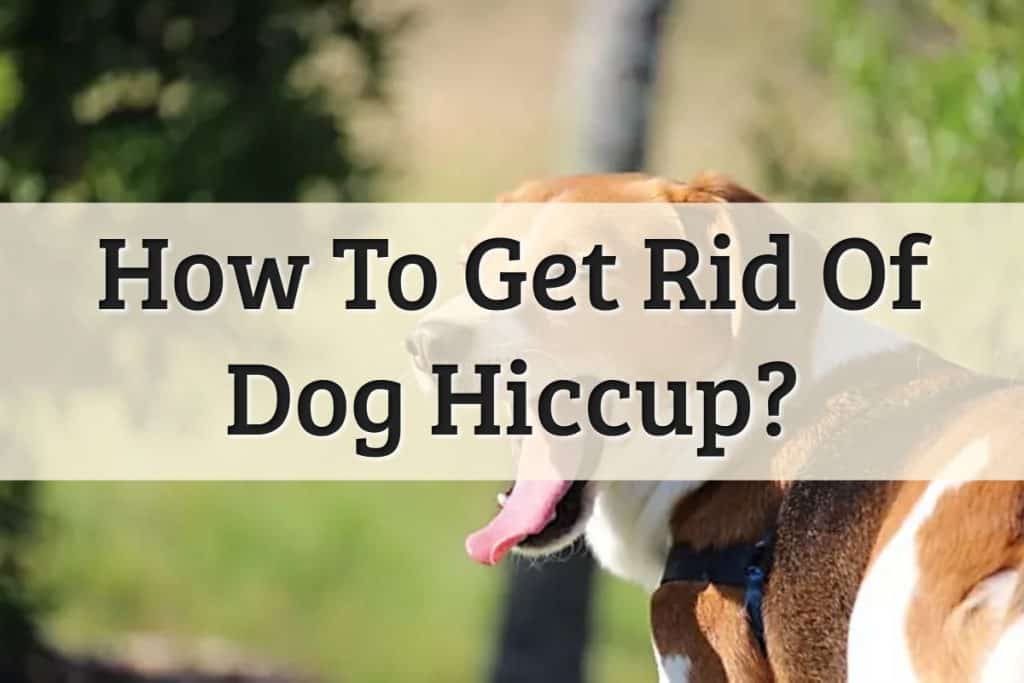 Dogs experience hiccups just like humans, which sometimes alarms pet owners. The good news is that dogs getting hiccups is a normal phenomenon and there is actually nothing to worry about. This is because dog hiccups typically disappear on their own after a moment or two.

In this article, we’ll answer the question on why do dogs get hiccups and tell you how to get rid of puppy hiccups.

What Causes Hiccups In Dogs?

You may be able to see the diaphragm spasm, but the sound is much more difficult to hear. Diaphragm spasms can be triggered by excitement, stress [1], or irritants. Eating food too fast can also cause hiccups. The spasm forces the animal’s “voice” box known as the glottis to close. When this occurs, air intake stops leading to hiccups.

So can dogs hiccup? Yes, but puppies are more vulnerable than adult dogs. This is because of their high levels of energy and excitement. Additionally, puppies are more likely to eat and drink very fast, thereby affecting their breathing.

There is also a phenomenon known as reverse sneezing, which sometimes occurs when a puppy powerfully sucks in air through his nose. Dogs do this as a way of clearing their sinuses. Reverse sneezing should not be confused with diaphragm hiccups though they may appear the same.

In rare cases, dog hiccups can be an indication that there’s something more serious going on. No one knows your pet better than you, so if you think that his hiccups are abnormal, visit your veterinarian as soon as possible. Better safe than sorry! 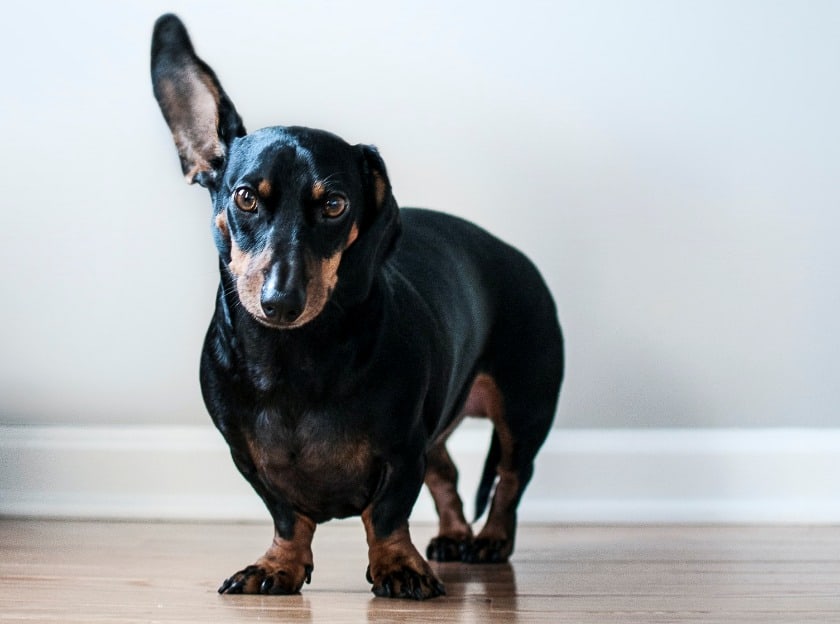 How To Get Rid Of Dog Hiccups?

If you have seen your puppy experience a bout of hiccups, particularly if you’re a first-time pet owner, then you are likely to get worried and start asking “can dogs get hiccups?” Or “is something bad happening to my dog?”

So how do you get rid of hiccups in dogs? More often than not, there is actually nothing that you’re supposed to do. Dog hiccups usually disappear on their own. However, if your dog has hiccups for several hours, contact your vet.

There are many old wives’ theories and folklore remedies. Some claim that they help others by startling them. Others claim that eating a small amount of sugar can help.

Many suggest drinking water or rubbing the dog’s chest area can cure it. However, there are some dos and don’ts to remember when trying to get rid of your dog’s hiccups especially if you find them troublesome.

What Not To Do

Coaxing your dog to drink water or rubbing their chest won’t hurt them, but many other methods can. Giving your pooch some sugar to eat is not recommended because it can lead to an upset stomach and other health issues.

For people, startling someone can help stop a hiccup. However, experts warn against doing the same to your dog. It can lead to mistrust and behavioral problems, and startling a puppy on a hard, slippery surface can result in an injury. 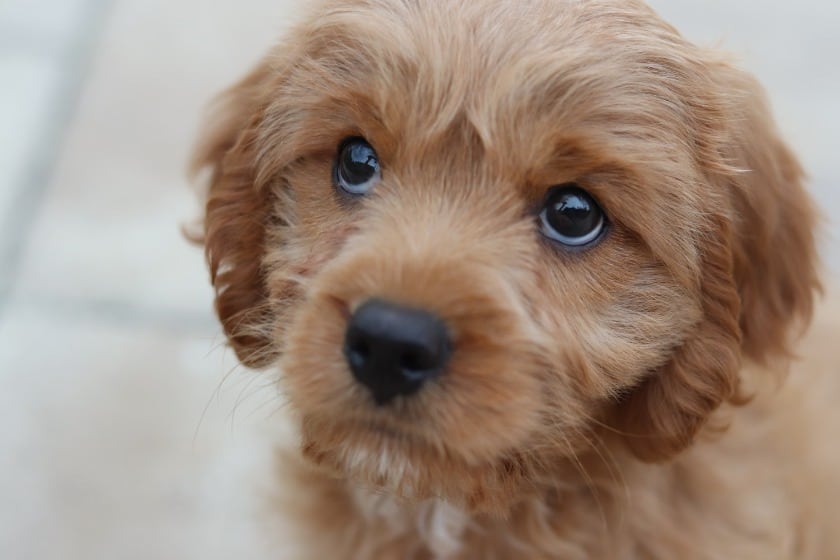 Although hiccups are a normal thing for puppies, it is quite hard to convince many dog parents that there’s nothing wrong with their pets.

So, here are some of the home remedies you can try to help your dog:

For a bad instance of puppy hiccups, you can try exercise along with home remedies like giving the puppy a spoonful of honey, maple syrup, or karo syrup.

Your veterinarian should also be able to suggest a special, low-grain diet that relieves hiccups. High grain foods can cause hiccups.

It’s vital to emphasize here that hiccupping is a totally normal thing provided it doesn’t last several minutes. In most cases, these strategies are effective at stopping hiccups. 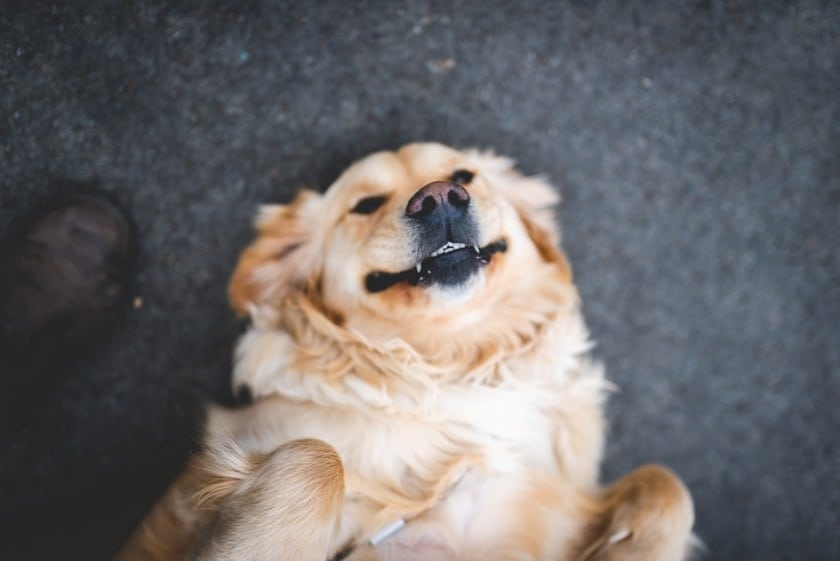 When To Take Your Dog To The Vet For Hiccups?

You don’t have to worry if your dog’s hiccup episodes don’t last more than an hour. But if the puppy hiccups do not show any sign of disappearing and continue for an unusually long time, then there could be a serious issue.

Also, find out if your dog’s hiccups are characterized by wheezing or are causing him trouble breathing. In such cases, you should definitely take him to your veterinarian who can help identify the cause.

Intractable hiccups are often a warning sign of a more serious cause. Vomiting accompanied by hiccups can be a symptom of gastrointestinal disorder. Puppy hiccups may also be a sign of intestinal worms.

Even though hiccups are a normal thing in all mammals, certain occurrences could indicate that there is something wrong with your dog. Possible conditions include hypothermia, heat stroke, pneumonia, and bronchitis. If your dog has hiccups that are accompanied by the following signs and symptoms, seek veterinary assistance immediately.

If you think something is wrong with your dog, schedule an appointment with a veterinarian. At the same time, you might also want to check for other issues such as his eating or drinking habits. Or learn more about other symptoms such as blood in the dog’s urine. 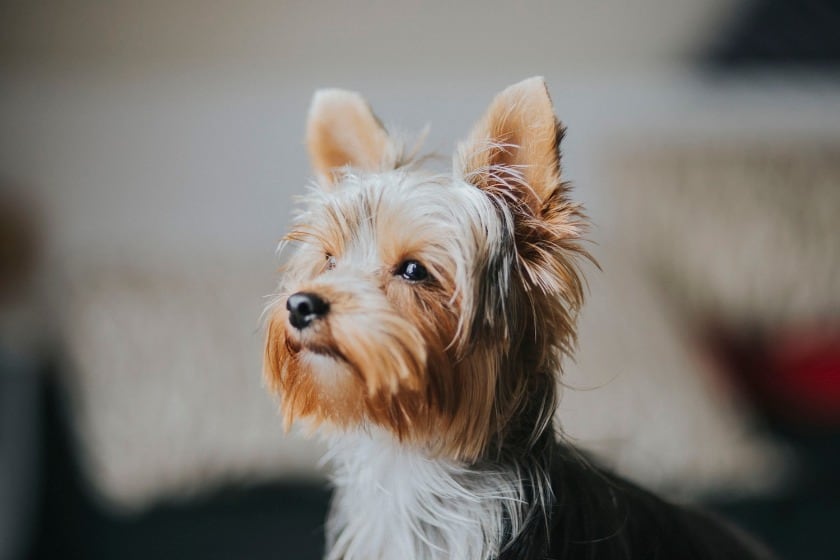 Why Does My Dog Have Hiccups All the Time?

A dog can experience hiccups all the time because it’s a normal phenomenon. Although it might be a frightening sight for many dog parents to see their pet’s hiccup uncontrollably all the time, hiccups are a very normal and common event, so there’s really nothing to be concerned about.

As long as your pooch doesn’t show any signs of pain or discomfort during those bouts of hiccups, then there’s nothing to be afraid of. Don’t get frightened even if your puppy hiccups a lot since it is a normal occurrence. If your pup doesn’t stop hiccuping for several hours, contact your vet doctor immediately to see if there’s an underlying cause so you can help your dog.

How Common Are Dog Hiccups?

Dog hiccups are very common, but they are more common in your puppies than full grown dogs. Most dogs of all breeds get bouts of hiccups at least once when they are young.

Puppies are more vulnerable since they have high energy levels and tend to get excited more. They are also more likely to eat and drink too quickly. Their internal body systems and organs are less developed, which may lead to an increased likelihood of hiccups.

How do I know if my dog has the hiccups or is choking?

You can tell if your dog has the hiccups or is choking by observing the signs. Just like us humans, you might hear a characteristic “hic” sound accompanied by diaphragm spasms. At times, you will only see the diaphragm spasms without any sounds.

Hiccups are often confused with retching and seizures. They have a similar sound, but the other two conditions are more serious and require immediate medical attention. If your pup has a hiccup and you notice other symptoms like lethargy or loss of appetite, talk to your vet.

On the other hand, a choking dog will probably start pawing at the face immediately. Additionally, you might notice other signs, including:

A choking dog is a severe condition, so you should call your vet right away. Do not delay.

Pet parents often ask, “can dogs have hiccups?” Or “why do puppies get hiccups?” Now you know that dog hiccups are usually normal and harmless. In most cases, it resolves on its own. If not, now you know some ways to get rid of dog hiccups.

The bottom line is dog hiccups are not going to harm your pet and are completely normal and very common in dogs. So don’t panic since this is a natural phenomenon. However, persistent hiccups could signify a serious problem and it’s important to get your puppy checked out if you’re concerned. 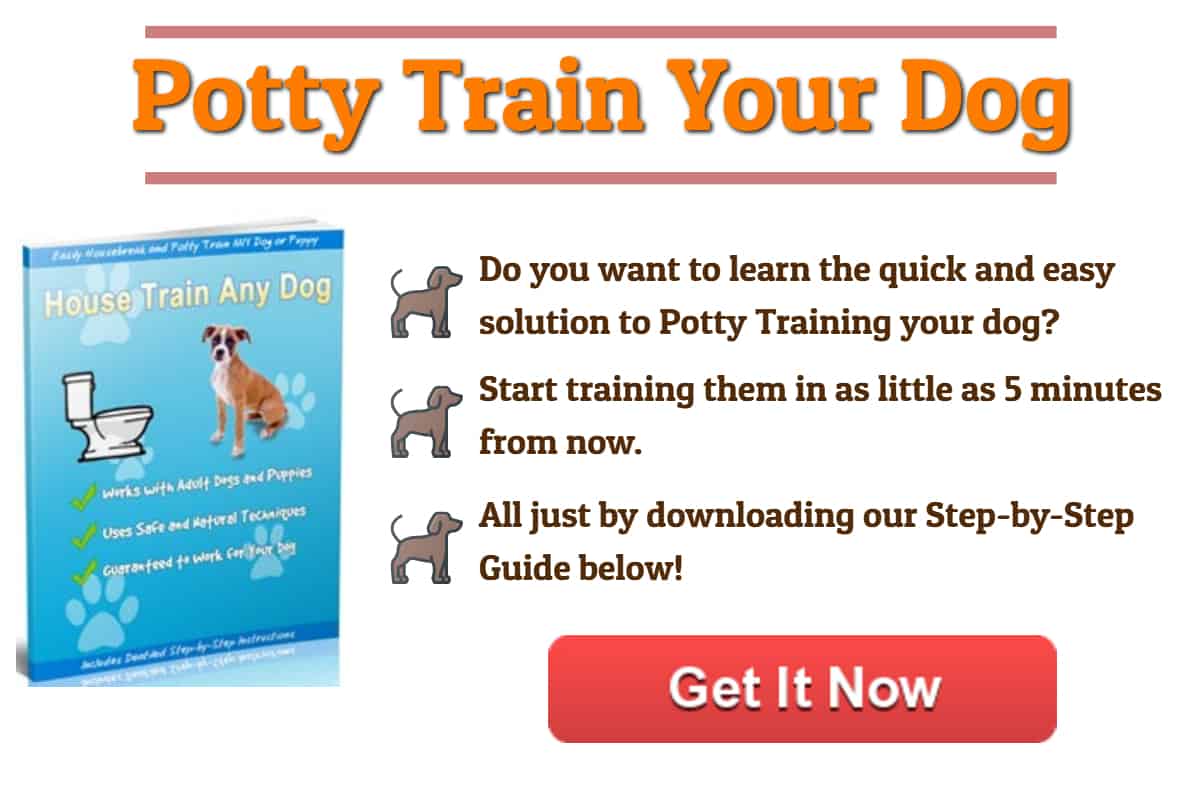 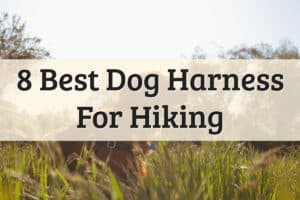 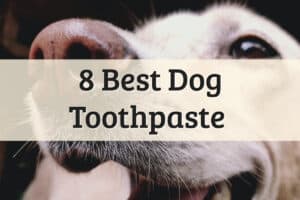 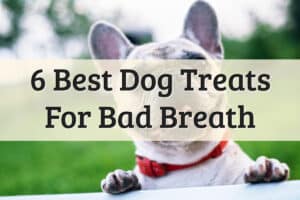 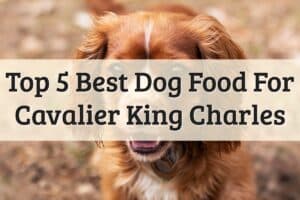 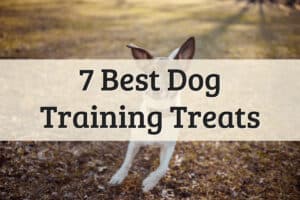 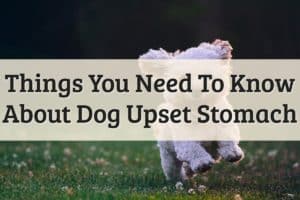 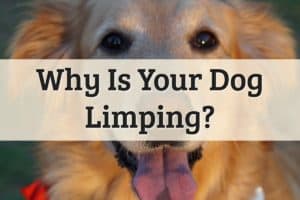 Why Is Your Dog Limping & When To See The Vet? 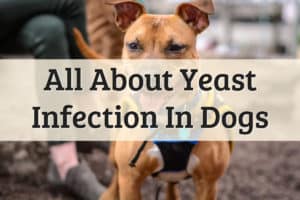 Everything You Need To Know About Dog Yeast Infection 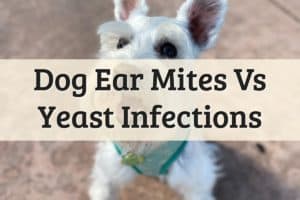 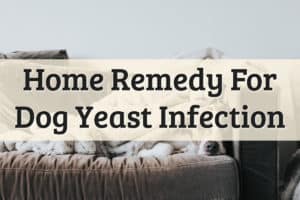 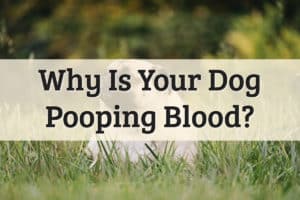 Why Is Your Dog Pooping Blood & How To Prevent It

Scroll back to top