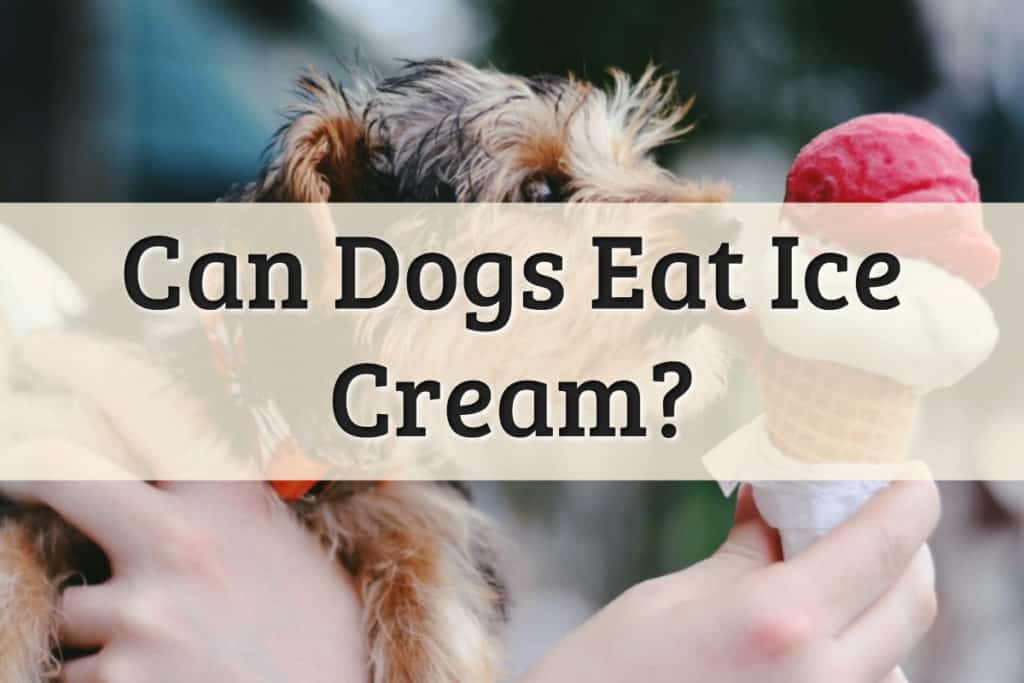 A dog eating ice cream: It just sounds so adorable! Dogs love yummy treats, so surely your dog will enjoy a lick of soft serve on a hot day. After all, most people like to treat their dogs and who can resist those eyes, right? But, is ice cream ok for dogs?

There's no definite answer to this question since it depends on the ingredients of the particular ice cream you're eating. Cream, milk, and sugar–the basic ingredients of ice cream–are not toxic for your pooch. Then again, as cute as it may seem to share your frozen treat, ice cream isn't a dog–friendly food.

So, before you decide on sharing your ice cream with your pet, there are some important cautions you need to consider. Otherwise, your pet could get very sick.

You might be asking, is ice cream bad for dogs? The answer depends on the ingredients. While ice cream can be a safe treat for your pet, the problem is that some flavors may actually be dangerous for canines, such as:

Theobromine and caffeine are two compounds found in chocolate that makes this flavor one of the most common toxicities treated at veterinary medical hospitals. Various types of chocolate have varying amounts of toxins.
But, generally, the more bitter and darker the chocolate, the higher the concentration of toxic ingredients for dogs to eat. Any form of ice cream that contains chocolate such as flavoring, chunks, chips, or swirl should be out of the dog's bounds.
Chocolate toxicity can lead to vomiting, diarrhea, increased heart rate, muscle tremors, increased body temperature, hyperactivity, restlessness, cardiac arrhythmias, increased blood pressure, heart failure, or even death.

This flavor contains high levels of caffeine, which can cause the same symptoms as those of chocolate toxicity. Although, a few licks of coffee-flavored ice cream do not contain that much caffeine to cause toxicity.
However, if it includes coffee beans or worse, chocolate-covered coffee beans, your pet could be at risk. High levels of caffeine can lead to collapse, seizures, and death.

This ingredient is hardly added to ice cream. But, macadamia nuts can affect nerve and muscle function in dogs. Though toxicity is commonly mild to moderate, affected dogs may manifest vomiting, lethargy, muscle tremors, and hind limb weakness.
Nuts also have high-fat content which could lead to the development of pancreatitis. This disease is a painful inflammation of the pancreas–the organ responsible for producing digestive enzymes.

Xylitol is an artificial sweetener that is added to many sugar-free food products, including ice cream. When dogs consumed xylitol, it immediately gets absorbed into their bloodstream, causing a gushing release of insulin.
This can lead to a dangerous drop in the pet's sugar levels, resulting in hypoglycemia. This life-threatening disease can cause vomiting, weakness, and seizures. Ingesting xylitol can cause liver failure as well [1].

Ice cream, of course, is made up of milk and cream. And unlike puppies, adult dogs cannot digest milk. Throw in the dairy aspect and your pet could experience bloating, bad gas, vomiting, and diarrhea. If your dog has weight issues or diabetes, never feed your dog ice cream.
Although giving your pet a small taste won't be detrimental, but it's still not recommended by experts.
Sugar is another primary concern, especially since it's sometimes accompanied by xylitol, an artificial sweetener that can be dangerous for dogs. In fact, any sort of artificial sweetener should be avoided by your pet.
Too much sugar in your pet's diet can cause him to gain some pounds. And this can lead to health issues like dental disease, diabetes, or metabolic disease.
There are simply plenty of potentially risky ingredients in ice cream for dogs. Most people are aware that chocolate is toxic to dogs. Due to high caffeine levels, green tea and coffee ice cream are also both dangerous to pets.
Any ice cream with raisins or grapes is potentially lethal and can cause acute kidney failure for a pet even in small amounts.
Finally, macadamia nuts are seldom added to ice cream but are also lethal to dogs–though there's no scientific explanation for this. Walnuts, pecans, and almonds aren't dangerous but are too high in fat to be healthy.

Now if you're wondering, can you give dogs ice cream? Although traditional ice cream for humans is not actually recommended, due to some added flavors that may be dangerous for dogs. But, there are dog-friendly alternatives that you could try at home.

One of the easiest treats you can give your dog on a hot summer's day is frozen fruit. Some safe fruits you can make as cold treats for your pet include apples, strawberries, blueberries, banana, watermelon, and pineapple.
Or better yet, you could treat your dog with some frozen veggies. They contain less sugar and full of nutrients. These include broccoli, asparagus, green beans, and carrots. Just be sure not to go overboard in case your pet might get brain freeze.

Frozen yogurt might also be a better option for your dog. They often are lower in (or free of) dairy, have less sugar, and contain less lactose, meaning it's easier for dogs to digest. But use caution, because even yogurt can be enough to trigger an upset belly in some lactose intolerant dogs.
Also, do not feed your pet a commercial frozen yogurt, since it can be loaded with high sugar so make sure you read the label first.

Another good cold treats your pooch is “nice cream.” All you need are one ripe banana, 2 tablespoons of peanut butter, another two tablespoons of plain yogurt (use non-dairy to a non-fat alternative, like coconut milk), and a blender or food processor.
First, dice the banana and freeze them for 4 hours. Then, blend the frozen banana, peanut butter, and plain yogurt in a food processor, and you're done. This recipe is safe for your dog to eat since bananas are high in vitamin B6, potassium, fiber, and vitamin C. However, they do have sugar, so feed your pet bananas in moderation.

If you’re in search of a tasty frozen treat for your pooch and would prefer to pass on the ice cream, you could also try healthy dog treats. There are a handful of great recipes online about safe frozen dog treats made with raw ingredients like organic bone or chicken broth and apple treat frozen into raw cubes.
Again, don't go overboard with fruits. They are still full of natural sugars, so it's best to use them as a treat.

Dogs shouldn't eat ice cream because, commonly, they are not fed using cow's milk products. Their bodies do not produce the enzymes to digest them. Consuming a significant amount of ice cream can cause diarrhea and indigestion.

While chocolate-flavored ice cream is potentially poisonous for dogs, it's still a bad idea to offer any flavor to them. Feeding sugary foods, no matter how delicious, is not healthy for a dog. Canines that ingest ice cream will eventually get sick or have medical issues. Diabetes and obesity are of particular concern.

What Do I Do If My Dog Accidentally Ate Ice Cream?

If your dog has accidentally eaten some ice cream or any other food containing chocolate, try to figure out the amount your pooch has consumed. If he just licked a bit of ice cream, then he should be fine. But, if you suspected that he ingested large amounts of it, you might have a serious situation at hand.

Call your veterinarian immediately for emergency treatment. In any case, observe his behavior for a while. If your pet exhibits symptoms such as vomiting, seizures, or diarrhea, it means he has ingested a poisonous dose and will require immediate treatment.

How Do I Tell If My Dog Is Lactose Intolerant?

There are five signs to tell that your dog is lactose tolerant. Diarrhea is the most common sign of lactose intolerance while frequent vomiting is an alarming behavior for dogs.

Other symptoms of a lactose intolerant dog are sudden lack of appetite, bloating, and excessive flatulence or passing out of gas.

If this is the first time your pooch has had ice cream or dairy, try to observe first how his body will react. But if you don't see any changes in the signs after the elimination trial, then you can assess your dog's condition with your vet.

Can dogs eat ice cream? They can't eat the same type of ice cream humans eat. But, there are tons of frozen, dog-safe treats they can enjoy. But make sure not to go over the top when giving sweet treats to your dog. Give your dog dairy-free treats instead.

The idea of a dog eating ice cream might sound adorable, but the sick pooch that could come after it is no laughing matter at all. On the bright side, though, no ice cream for Rover means more ice cream for you! 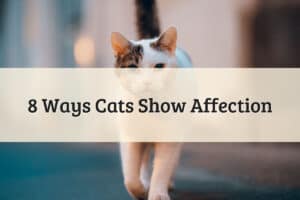 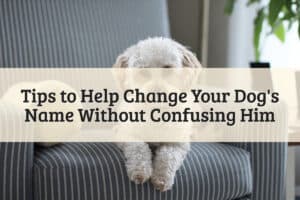 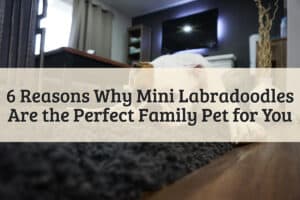 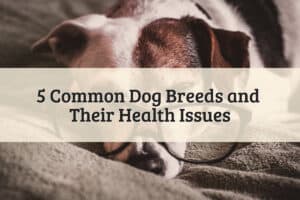 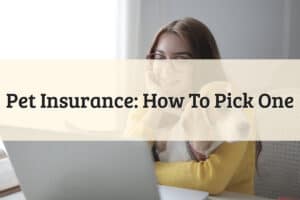 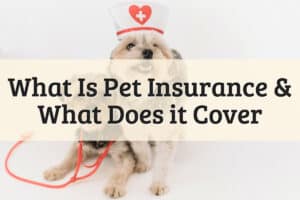